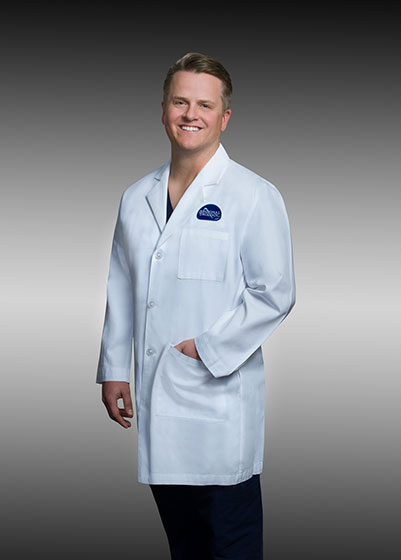 Jared L. Moss MD was born and raised in Shreveport, LA. He is the son of James L. Moss MD, who has been a practicing urologist in the Shreveport area for over 30 years. Dr. Jared L. Moss graduated from Evangel Christian Academy in 2002, Louisiana Tech University in 2006, and LSU School of Medicine in Shreveport in 2010. During medical school, he was a member of Alpha Omega Alpha Honor Medical Society, which is an honor bestowed upon the top medical students of each graduating class. Following medical school, he completed his urologic residency at the University of Tennessee-Knoxville. Post residency, Dr. Moss gained valuable experience through a 1-year fellowship in male reproductive medicine and surgery at the Northwestern Memorial Hospital in Chicago, IL.

Dr. Moss is trained to treat all aspects of general urology, with a focus in men’s health. He specializes in male fertility, hypogonadism (low testosterone), erectile dysfunction, sexual dysfunction, Peyronie’s Disease (curvature of the penis) and inflatable penile prosthesis (IPP). He performs an infrapubic penile prosthesis for men with severe erectile dysfunction. This approach which avoids an incision on the scrotum by placing it above the penis. Additionally, during his fellowship he received specialized microsurgical training for various procedures used to help restore men’s fertility. He is proud to serve the Ark-La-Tex as the first male reproductive specialist in the region. Through his training and practice, he has become skilled at performing microsurgical vasectomy reversals, microsurgical varicocelectomy, and microsurgical testicular sperm extraction on men who do not have sperm in their ejaculate. He also maintains a passion for helping men diagnosed with cancer, preserve their fertility.

Dr. Moss is married to his wife, Brigette, who is originally from Pennsylvania. She is a family nurse practitioner. The two met while training in Knoxville, TN. They currently have three children. In his spare time, Dr. Moss enjoys a variety of outdoor activities, spending time with his family, and football.

Dr. Jared Moss sees patients at our main office in Shreveport and our office in West Monroe.